Electrical engineers work in a very wide range of industries and the skills required are likewise variable. These range from basic circuit theory to the management skills required of project manager. The tools and equipment that an individual engineer may need are similarly variable, ranging from a simple voltmeter to a top end analyzer to sophisticated design and manufacturing software. 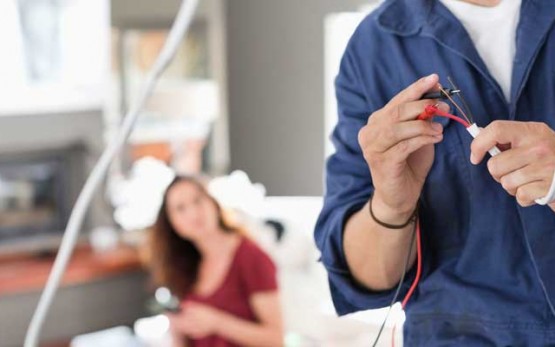 Electronics is distinct from electrical and electro-mechanical science and technology, which deal with the generation, distribution, switching, storage, and conversion of electrical energy to and from other energy forms using wires, motors, generators, batteries, switches, relays, transformers, resistors, and other passive components.

A boundary survey is the measuring of and determination of the size and physical location of a parcel of land that has been described either graphically (Plat) or in writing (Deed). Boundary surveys are needed whenever there is a need to know the physical location of a property line. This can occur when there is a dispute between adjoining property owners, or if a structure is going to be constructed. Many times it is also a requirement for a loan or refinance on a subject property, to protect the mortgager.

A mapping system that uses computers to collect, store, manipulate, analyze, and display data. GIS stands for geographic information systems. A GIS uses computers and software to leverage the fundamental principle of geography. Geography is information about the earth’s surface and the objects found on it. It is a computer system designed to allow users to collect, manage and analyze large volumes of spatially referenced information and associated attribute data.

Although the main purpose of the document is to delete survey exceptions, the ALTA/ACSM Land Title Survey answers numerous questions and concerns for many varying transaction parties. These include (1) the surveyor’s findings about the property boundaries, (2) any observed easement together with easements and exceptions to coverage cited in the title commitment and (3) the improvements, utilities, public access and significant observations such as encroachments.